Caribbean RORC 600 back this year

You are here:
Racing 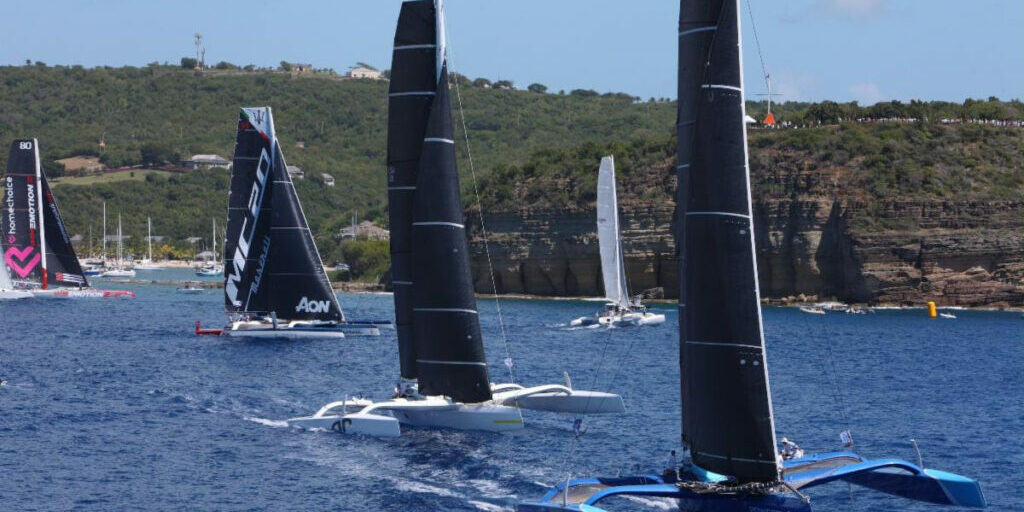 The hiatus is over – the RORC Caribbean 600 is back and set to start in Antigua on February 21st, 2022. Early entries include teams representing a dozen different countries from around the world. The RORC Caribbean 600 is a race for all, enticing the fastest boats on the planet and passionate corinthians racing performance racer/cruisers and classics. A full house is expected for the bold and beautiful 600-mile race around eleven Caribbean islands.

An astonishing pack of multihulls will be ripping through the course, including the race record holder Maserati Multi70. The flying Italian stallion is skippered by Giovanni Soldini. The reigning class champion, and 2020 Line Honours winner, Cayman Island’s Peter Cunningham will be racing MOD70 PowerPlay. The multinational team, skippered by Ned Collier Wakefield, is set for a stout defence of their title. Back for another bite at the apple is Jason Carroll’s American MOD70 Argo with multiple record holder Brian Thompson on the team sheet. Antoine Rabaste and Jacek Siwek will be taking part in their second race with the largest multihull in the fleet, the French 80ft Maxi Multi Ultim’Emotion 2.

Of the expressions of interest so far, favourite for Monohull Line Honours is the 100ft Supermaxi Comanche, with a triple-A crew skippered by Australian Mitch Booth. The VPLP-Verdier 100 last competed in the race in 2016, finishing in just over 40 hours. Given solid trade winds for the race, Comanche is very capable of beating the Monohull Race record, set by George David’s American Rambler 88 in 2018 (37 hours 41 minutes and 45 seconds). Of the current entries, the biggest threat to Comanche will be the boat that set the original record, the Farr 100 Leopard 3 back under new ownership.

The overall winner and individual class winners for the RORC Caribbean 600 are decided by IRC time correction. Tilmar Hansen’s German TP52 Outsider is expected to be defending their overall win in 2020. Outsider races in IRC Zero which is shaping up to be a real battle of the titans and, more often than not, the winner of the RORC Caribbean 600 Trophy comes from the big boat class.

David Collins’ British Botin IRC 52 Tala came second overall in 2019 and can match Outsider all the way around the course. From Larchmont YC USA, Christopher Sheehan will be racing Pac52 Warrior One, class winner of the 2021 Transpac Honolulu Race. Two new designs will make their debut in IRC Zero. German skipper Stefan Jentzsch has competed in the race on many occasions, but this will be the first RORC Caribbean 600 for IRC 56 Black Pearl with a multinational team, including South African Marc Lagesse. The Infiniti 52 Zeus will also be making its race debut. Boat Captain Matt Brushwood confirms that the carbon 52ft yacht is close to completion in the USA. A principal design feature is transverse DSS foils.

To keep up to date with all the news from the RORC Caribbean 600 visit the Royal Ocean Racing Club mini-site: http://caribbean600.rorc.org/

WhatsApp Chat is free, download and try it now here!